"Invaluable mentorship and encouragement of coaches and teachers."

Logan Lewis, Class of 2008, attended Richard Winn from K-5 through 12th grade. At RWA, he played football, basketball, and baseball, and was a member of the 2007 state champion baseball team. He also competed for RWA in SCISA quiz bowl tournaments, math meets, and literary meets, and served as RWA’s Student Body President and SCISA’s Second Vice President during his senior year. He graduated as valedictorian and won the Stewart Harmon Award.

Logan remembers his time at RWA fondly. In particular, Logan benefited from invaluable mentorship and encouragement of coaches and teachers. He was also fortunate to have had many opportunities to develop into a well-rounded student, honing leadership skills as well as growing academically and spiritually. Most importantly, he is thankful to RWA for the many close friendships that he developed during his time there. Since graduating nearly thirteen years ago, he has frequently drawn on his experiences at RWA to guide his decisions and to treat others how he would like to be treated. 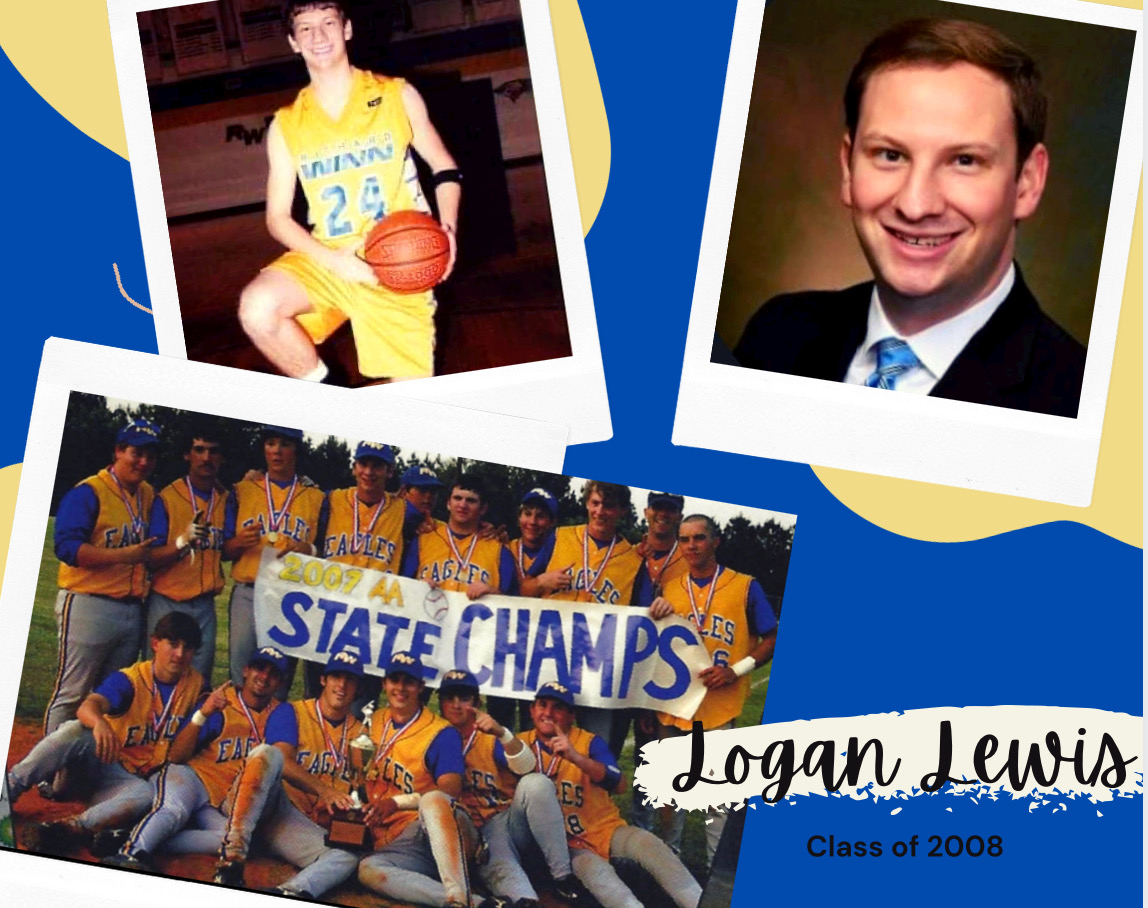 An Eagle Family Tradition as told by LouAnn Coleman.

"The atmosphere of “home” is how I think of the school - “way back” and now."

I’m a graduate of class of 1976 and married a ‘76 classmate David Roe Coleman in 1980 after graduating from Columbia college with a BS degree in education and art. David attended Tri-County tech and returned home to Blair to run the family farm. Our three children are also graduates - classes 1999, 2004, and 2005. Our daughter, Maribeth, is a forensic chemist at SLED having earned her BS in chemistry and a Masters in Teaching from USC.

Middle child, Roe ‘04, graduated from The Citadel in 2008 and married a Richard Winn graduate, Elizabeth Schachner, class of 2002. Elizabeth earned a BS from Winthrop. After 10 years of teaching/coaching Roe returned home to operate Fairfield Farms as a 4th generation farmer.  He and Elizabeth have two children who attend RWA - classes of ‘34 and ‘35.

Wade, who is a member of the class of ‘05, also graduated from The Citadel and continued his education to earn a juris doctorate from Charlotte School of Law. He and his wife, Kristi, have two sons and reside in Charlotte.

When Wade graduated, it marked the first time a graduate, all siblings and both parents were educated at Richard Winn Academy. (That class had two such scenarios - the Brett Collins family was the other.)

When I attended Richard Winn, there was no air-conditioning and we had “quadrangles” which were grassy areas where the present day library and art room\Fine Arts rooms sit today.

Basketball and softball were the only female sports at the time - both of which I contribute most of my fond memories of high school. In the 70s, it was an honor to be a part of the yearbook staff. It was like being a historian and getting to relive all of the fun we had had throughout the years. I served as business manager during my senior and later, co-sponsored the yearbook with schoolmate Martha Haslett Ladd ‘74 as faculty members.

After rearing children for 10 years, I began working at RWA and it felt as if I had never left. I enjoyed 10 years of teaching third grade. After a hiatus of several years, I returned as Director of Development and middle school English/literature teacher. My position evolved into full-time 6th grade instructor until March 2006 when my late husband received a diagnosis of ALS. Although I really hated to leave, I had to become caretaker of, not only him, but also, the family poultry production.

The atmosphere of “home” is how I think of the school - “way back” and now. There’s a sense of unity,  intense friendships and a common goal in that institution. Everyone is there with the same love for education, athletics, and making memories. I continued to feel that same atmosphere while substituting this past year so much so that if everything stays it’s course,  I will become a full-time faculty member once again in August.

(An interesting side note....My late parents have had a child, a grandchild, or a great grandchild at RWA continually since I began school there in 1970.  That consists of 10 graduates and 5 currently enrolled.)

Brad and Marcy (Rice) Caulder met in high school at RWA. Both graduated from RWA. Marcy in 2000 and Brad in 1998. They were married on April 23, 2004. Brad and Marcy have two children, Landon a sophomore at RWA and Brantley a sixth grader at RWA. Brad played football, baseball, golf, and basketball at RWA and was a member of the 1996 state championship football team, 1997 state baseball team, and 1997 state runner up basketball team as well as a recipient of the Stuart Harmon award. Brad graduated from USC with a Business Degree and is the Human Resource Director for Fairfield County. Marcy graduated from Midlands Technical college with a nursing degree and works for Compassionate Care Hospice as a RN.

Brad and Marcy’s favorite aspect about Richard Winn is the lifelong relationships developed through our time there. 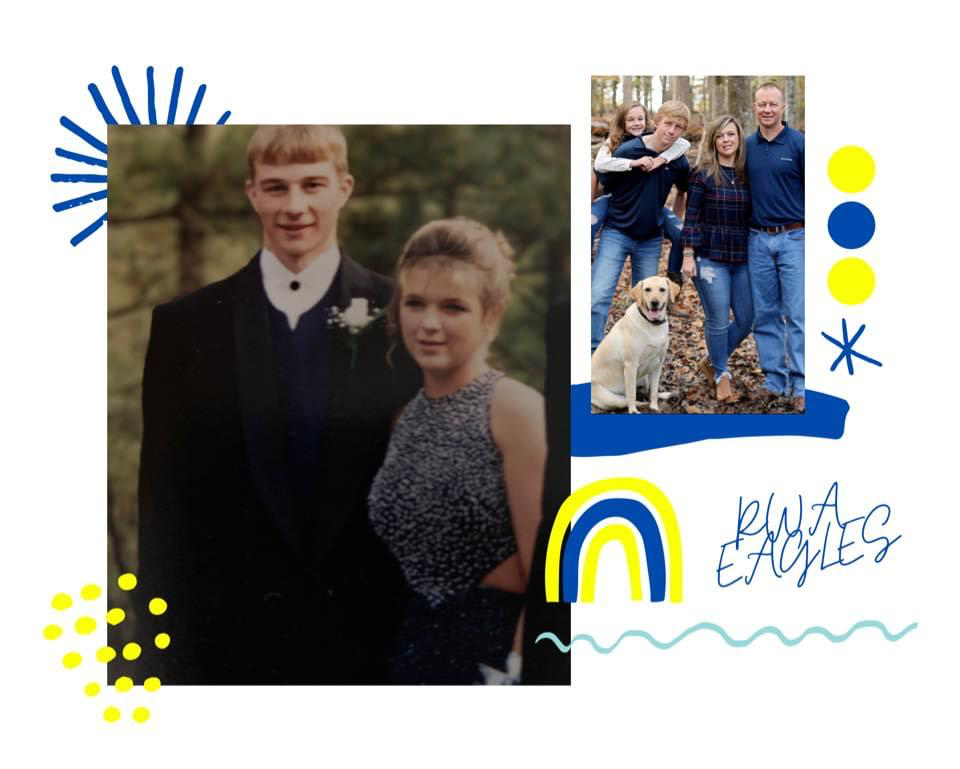 Adrian attended Richard Winn from K-5 through 12th grade. While a student at RWA, he played football, soccer, and one whole year of J.V. baseball. He also served as Student Body President and 2nd Vice-President of SCISA. Adrian graduated in 2007 and was awarded the Eagle Award. Upon graduation, he attended The Citadel, where he rose to the position of 1st Battalion Religious Officer before graduating cum laude with a Bachelor of Science degree in Business Administration. Adrian later earned his Juris Doctorate from Charleston School of Law, where he served as Vice-President of the Student Bar Association. After serving as law clerk to the Honorable Roger L. Couch in Spartanburg, he returned to Winnsboro, where he practiced law for several years. He now serves as the municipal judge for the Town of Great Falls and is a project manager for CVO Enterprises. He also serves as a deacon of Bethel ARP Church, is on the Board of Directors for Fairfield County Farm Bureau, and represents the Central District on the State Committee for Young Farmers and Ranchers of South Carolina.  Adrian is married with one child, Hazel, who is currently enrolled in the ELC at RWA. Adrian said that his favorite thing about Richard Winn was the close, sibling-like relationships that he built with his fellow students, many of whom have remained his life-long friends.

Max and Jenna (Burroughs) Hazen first met back in elementary school at RWA. They both attended RWA through high school, and are graduates of the RWA Class of 2009. Max and Jenna started dating in the summer of 2007 and the rest is history. They were named high school sweethearts at their prom, and got married on June 7th 2014. Max and Jenna and have two sons Hampton (5) and Eli (6months). Max graduated from Liberty University with a degree in Business Management. Max played football and baseball at RWA, and was a member of the 2007 State Championship Baseball Team. Max is currently employed with Kirk Commercial Construction in Columbia as an Estimator. Jenna graduated from Columbia College with a degree in Education in Intervention with At Risk Learners. Jenna was a member of the basketball, softball, and cheerleading teams in her time at RWA. She teaches 1st grade at RWA where she has been for 6 years. Their son Hampton attends RWA and is in 4 year old kindergarten.

Max and Jenna's favorite aspect about Richard Winn Academy is the "family atmosphere" that the school is so well known for. 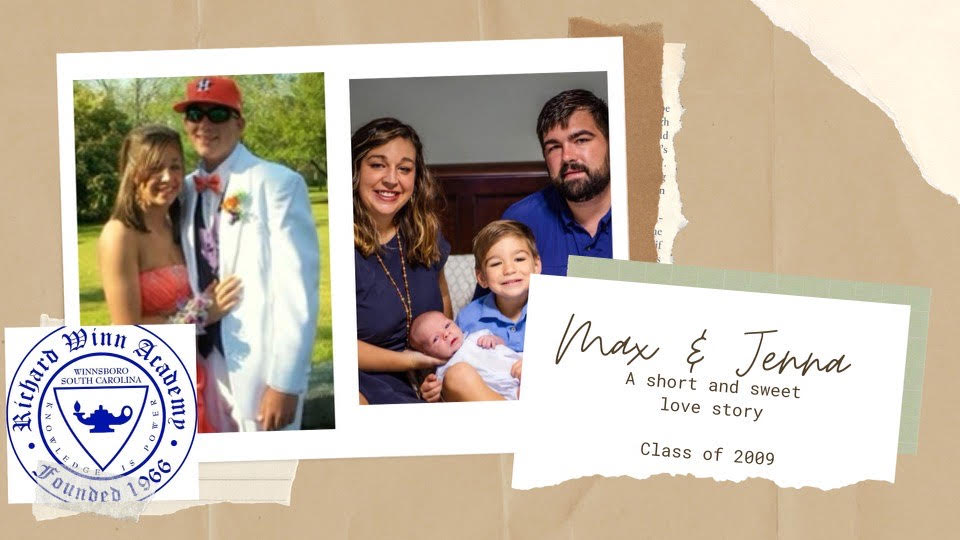